A Guide to Attenuators – Everything You Need to Know

2022 is set to be a year of growth for AMS, and part of our new year’s resolution is being a solid base of information for our customers to learn more about what we do and about our product range. This blog will be a guide to attenuators, what they do and the different types available.

HVAC is an abbreviation for Heating, Ventilation, and Air Conditioning. This refers to the many systems that make up this group. They are used for moving air between outdoor and indoor areas, and can be used in both residential and commercial properties.

An air/ventilation diffuser disperses the air that is exiting the HVAC system. Without this, due to the air having such high pressure from travelling through the HVAC system, it will travel in one straight direction as opposed to being dispersed. It also acts as a decorative finish over the bare internal of the ductwork system.

The term pressure drop is used to describe the decrease of pressure from one area of the duct to another point, in the direction of the fans flow. Pressure drop shows that there is too much resistance to the airflow, meaning that the HVAC system is struggling to process air.

What Is An Attenuator?

Attenuators are also known and referred to as duct silencers, sound traps or mufflers. These are used to lower the sounds generated from fans and HVAC systems. They are commonly installed near the system that is generating noise, such as a fan. As the sound waves pass through the attenuator, they are absorbed into the insulation and are lowered.

Attenuators should not be treated as a conventional part of the ductwork system. Through the process of transportation, handling, and installation they must be treated as specialist items of equipment.

How Is An Attenuator Made?

Attenuators come in various shapes, and a vast range of sizes. However, they all follow the same materials required and process of construction. This is as follows:

Attenuators have a sound absorbing insulation to keep the sound down, this is Rockwool. This insulation contains millions of tiny air pockets that absorb the sound waves and energy as it passes through the attenuator, and this reduces the noise.

Attenuators do not need to be used at just the discharge of a fan or HVAC system; they can also be used at the intake point as it will still absorb the airborne noise regardless. They are more than just an isolated add-on to the HVAC system and should be considered one of the main components of the system. If they are used as an inclusive part of the system and from the beginning of installment, they will have a better effect than if installed later.

The thickness of the insulation within the attenuator can vary depending on the size of the component needed, as well as the frequency of the sound that the HVAC system makes and needs to be lowered.

What Happens To The Noise That Is Absorbed?

The noise that is absorbed into the insulation is held and converts into heat energy, which then releases over time. Attenuators are made to have heat safety to a certain level. More about our specifications on heat safety and sizing will be discussed in the latter portion of this blog.

Where Are Sound Attenuators Used/Installed?

Sound attenuators are fundamental components of all ventilation systems. Their main design and function are to attenuate the noises in ventilation ducting.

In many cases, the installment position is between the fan and the diffusing fan before the ventilation diffuser.

Sound attenuators should be installed behind the fans. They can be used in main ductwork, elbows, T pieces or air dampers.

What Are The Different Types Of Attenuators We Offer?

There are two main types of sound attenuators, these are cylindrical, or rectangular, and at AMS we offer both, but the main principles of how attenuators work is the same for both rectangular and circular attenuators.

Here at AMS, we make both rectangular and circular attenuators, and have a lot of variation in the custom designs we can make.

The above images are the basis of the attenuators that we can provide.

More bespoke products such as Bend Attenuators, or Elbow Attenuators can be produced based on the specifications required.

More specific information on these will be provided in the coming weeks, however if you have any queries about these styles of product, please do not hesitate to contact us.

How Do You Select An Attenuator?

There are many options you will need to consider when selecting the appropriate attenuator for your uses. The incorrect selection of an attenuator can impact the performance of the HVAC system entirely and irreversibly. Below are steps that need to be followed to help you select an attenuator:

There are two things that need to be determined to choose your perfect attenuator, these are:

To find these you need:

The above can be explained as:

The IL requirements are determined using octave band frequencies, these range from 1 through 8.

This octave band frequency rating can be determined using:

You will need to identify the unit size, and it will be based on the airflow strength, the noise attenuation requirement, as well as the duct dimension. If your duct’s dimension is an odd number round up to the next even number.

The forward or reverse flow can be defined and determined as:

We will be releasing Insertion Loss data for our units soon and when released, can be found here.

The allowable PD can be determined as:

Face velocity can be calculated using the formula below:

What Are The Minimum and Maximum Sizes of an Attenuator:

The below measurements and unit sizes of the attenuators we provide here at AMS:

What Are The Different Capabilities of Our Attenuators?

At AMS we make a wide range of attenuators, and with each of these there are different attachment capabilities.

Our F Series connection is suited and matched to fit directly to most types of metric axial flow fans or ductwork systems, with optional matching flanges.

To alternative sets of threaded insert patterns are available as standard.

Rectangular attenuators are attached to the ductwork using flanges which are attached at the point of construction of the attenuator. These are only suited to be fitted to rectangular ducts.

Pods and splitters can be the extra support that an attenuator needs to perform to the best of its abilities, though despite this there can be ways it can impact the function.

Pods can be fitted to circular attenuators but are an optional add on. Similarly, to the splitters within rectangular attenuators, the air is dispersed around the pod and more directly towards the insulation.

These provide a better level of attenuation as the airflow is more direction, but this can cause a restriction of airflow.

The team here at AMS have years of experience in the air movement and HVAC Field. To discuss any requirements or if you have any questions on the specificities of the product you require, please use the Contact Form options on our ‘Contact Us’ page 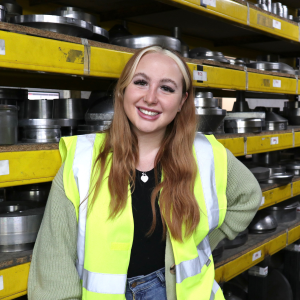 2022 is set to be a year of growth for AMS, and part of our new year’s resolution is being a solid base of information for our customers to learn more about what we do and about our product range. This blog will be a guide to attenuators, what they do and the different types available.
NextNext

Material Price Increase and Stock Shortage – What to Expect.

With prices continuing to rise and no lack of material shortages, here’s what to expect for the future.

Buying British means more than just buying locally, but it is the support of our ever-growing and strengthening British manufacturing community.